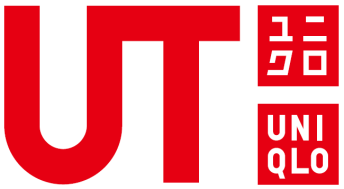 UNIQLO announces the upcoming launch of the UT GRAND PRIX 2019 T-shirt design contest on Tuesday, October 23, and calls for entries from around the world. On its 13th year, the competition will celebrate Pokémon, whose game series debuted two decades ago. Design inspirations can cover everything from Pokémon animated movies to Pokémon GO, an augmented reality mobile game that became a worldwide sensation in 2016.

The Grand Prize winner will receive US$10,000. Winning designs from the competition will be featured in UNIQLO’s Spring/Summer 2019 Collection, which will be available for men, women, and kids in UNIQLO stores around the world and the UNIQLO.com online store.

The top three prize recipients will get invitations to attend a special awards ceremony in Tokyo and watch the 2019 Pokémon World Championships in Washington, DC, in summer 2019.

This year’s competition will also accept entries via smartphones and tablets to enable as many as possible to take part. The UT GRAND PRIX 2019 contest site will announce entry details at a later date.

Pokémon, one of the world’s most popular entertainment franchises, began with the launch of the Pokémon Red and Pokémon Blue video games in Japan in 1996. Pokémon gameplay, which features collecting, training, and trading unique creatures, rapidly gained tremendous popularity around the globe. The video games were soon followed by the introduction of the Pokémon Trading Card Came and beloved animated series. With total games sold in excess of 300 million and the Pokémon GO mobile game released in 2016 reaching over 850 million downloads worldwide, Pokémon has been loved by people of all ages for over 20 years.

About the UT GRAND PRIX

UNIQLO has conducted its UT GRAND PRIX design competition since 2005 to foster creativity and talent around the world. The contest is open to anyone regardless of age, gender, or nationality. Previous contest themes have included Star Wars, Pixar, Marvel and have attracting numerous entries, with winning designs being been sold around the globe. 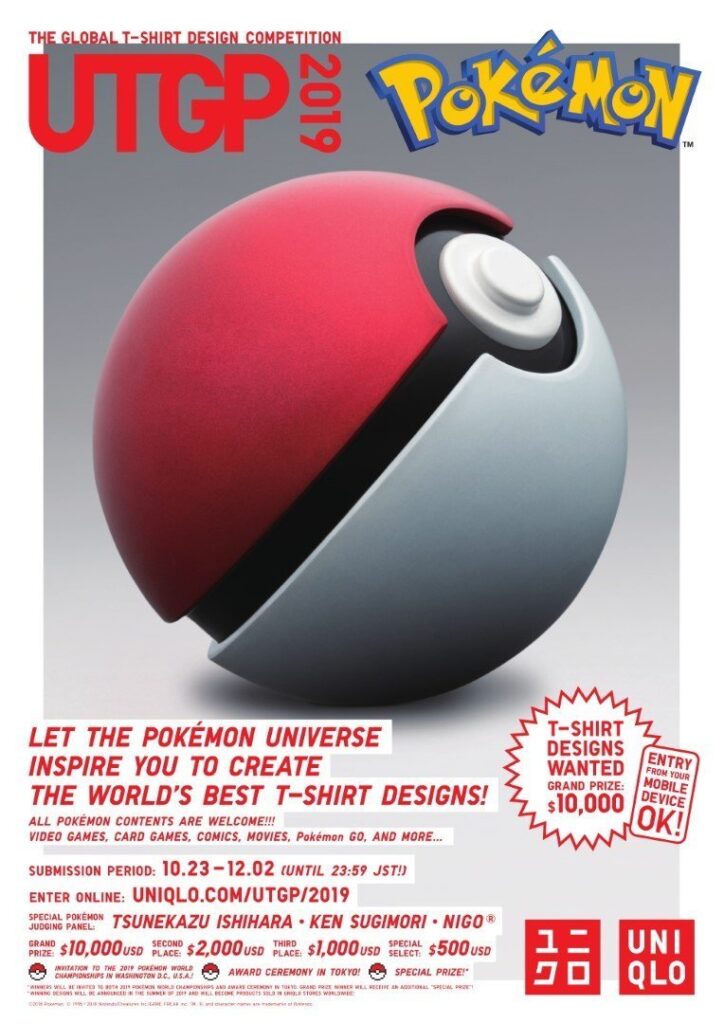 Apparel that comes from the Japanese values of simplicity, quality and longevity. Designed to be of the time and for the time, LifeWear is made with such modern elegance that it becomes the building blocks of each individual’s style. A perfect shirt that is always being made more perfect. The simplest design hiding the most thoughtful and modern details. The best in fit and fabric made to be affordable and accessible to all. LifeWear is clothing that is constantly being innovated, bringing more warmth, more lightness, better design, and better comfort to people’s lives.

About UNIQLO and Fast Retailing

UNIQLO continues to open large-scale stores in some of the world’s most important cities and locations, as part of its ongoing efforts to solidify its status as a truly global brand. Today the company has more than 2,000 stores in 19 markets worldwide including Japan, Australia, Belgium, Canada, China, France, Germany, Hong Kong, Indonesia, Malaysia, Philippines, Russia, Singapore, South Korea, Spain, Taiwan, Thailand, U.K. and the U.S. In addition, Grameen UNIQLO, a social business established in Bangladesh in September 2010, currently operates several Grameen UNIQLO stores in Dhaka. UNIQLO manages an integrated business model under which it designs, manufactures, markets and sells high-quality, casual apparel. The company believes that truly great clothes should be supremely comfortable, feature universal designs, are of high quality and offer a superb fit to everyone who wears them.

With a corporate statement committed to changing clothes, changing conventional wisdom and change the world, Fast Retailing is dedicated to creating great clothing with new and unique value to enrich the lives of people everywhere. For more information about UNIQLO and Fast Retailing, please visit www.uniqlo.com and www.fastretailing.com. 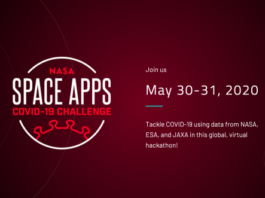 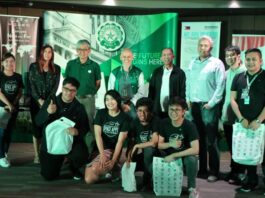 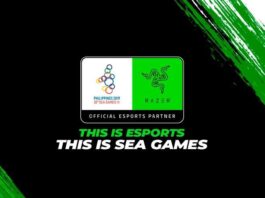