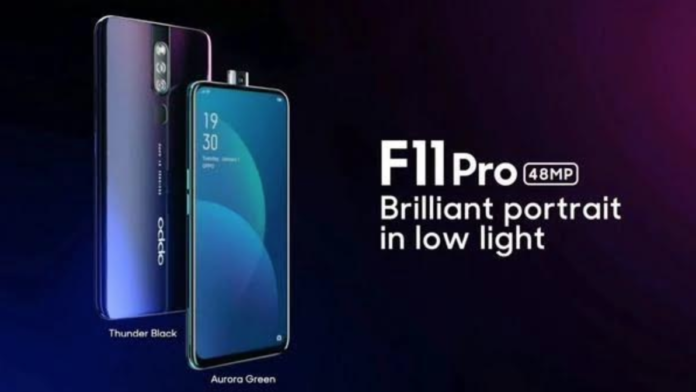 May 9, 2019, Manila, Philippines—Since the release of OPPO’s iconic F11 Pro in the Philippine market, the sales have skyrocketed and has since achieved 20% more of the brand’s original target on its first day sale. Partner retailers that include: Silicon Valley, Octagon, Rulls and Techbox  reported OPPO F11 Pro as the top-selling smartphone on the week of its release. It’s been reported that F11 Pro is officially sold out nationwide.

This 2019, OPPO commemorates its 5th year in the Philippines. To celebrate its rousing success in the country, OPPO introduces upgraded limited edition models of the F11 Series. The latest F11 Pro Waterfall Gray limited edition features a sleek, sophisticated gradient colorway inspired by the natural flow of a majestic waterfall–as well as a whopping capacity of 128GB ROM. It also carries the excellent F11 Pro features such as the low-power MediaTek Helio P70, and ram-equipped display, to VOOC 3.0, the upgraded OPPO’s flash charging technology that is 20% faster than previous VOOC generation and the Hyper Boost technology which is OPPO’s independently developed performance acceleration engine that’s perfect for gamers. Additionally, there will be also be an upgrade for the specs of all F11 Pro models to carry a 128GB ROM capacity.

Similarly, the brand will also unveil a new limited edition F11 in Jewelry White. The new model, which comes with a shiny gradient colorway will also carry the same features as F11 equipped with 64 GB ROM and its signature waterdrop notch screen.

With the limited edition F11 Series, consumers can enjoy the top-notch features of the upgraded F11 Pro and F11 Pro Waterfall Gray at PHP18,990. The complete F11 Pro line comes in three colors: Aurora Green, Thunder Black, and the new gradient Waterfall Grey. Similarly, consumers can enjoy the same high-quality features of F11 at only PHP15,990 with the latest F11 Jewelry White. The F11 line comes in two other colors: Fluorite Purple and Marble Green. The upgraded limited edition F11 series will officially be available in OPPO stores and dealers nationwide this May.

OPPO is a leading global smart device brand. Since launching its first smartphone – “Smiley Face” – in 2008, OPPO has been in relentless pursuit of the synergy of aesthetic satisfaction and innovative technology in 10 years. Today, OPPO provides customers with a wide range of smart devices spearheaded by the Find, R and F series, ColorOS operating system, as well as internet services such as OPPO Cloud and OPPO+. OPPO operates in more than 40 countries and regions, with 6 research centers worldwide and an international design center in London, OPPO’s more than 40,000 employees are dedicated to creating new experiences and greater value for customers around the world.